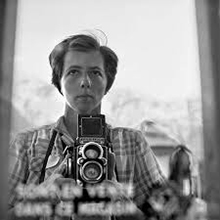 
This intriguing documentary shuttles from New York to France to Chicago as it traces the life story of the late Vivian Maier, a career nanny who has earned a posthumous reputation as one of America’s most accomplished and insightful street photographers . . . Maier was an inveterate wanderer and self-taught photographer, favoring a Rolleiflex twin-lens reflex camera, with an uncanny ability to get close to people from all walks of life. Her artful and comic eye calls to mind the photography of Berenice Abbott and Weegee . . . But the families who employed her as a nanny have mixed memories, and hint at her dark side.