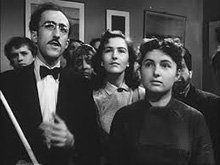 
A rare chance to see the early films by one of the great Georgian filmmakers Otar Iosseliani. Akvareli is a portrait of a poor family whose lives are changed by art. Song About a Flower is a poetic rumination on progress. April continues the critique of modernism, depicting a young couple who move to a new housing estate. The film was banned by the Soviet government, after which Iosseliani worked for two years as a fisherman, sailor, and metal founder. These experiences are reflected in his remarkable documentary Tudzhi (Cast Iron), which observes ironworkers at a steel plant and shows Iosseliani’s mastery of cinematic language.