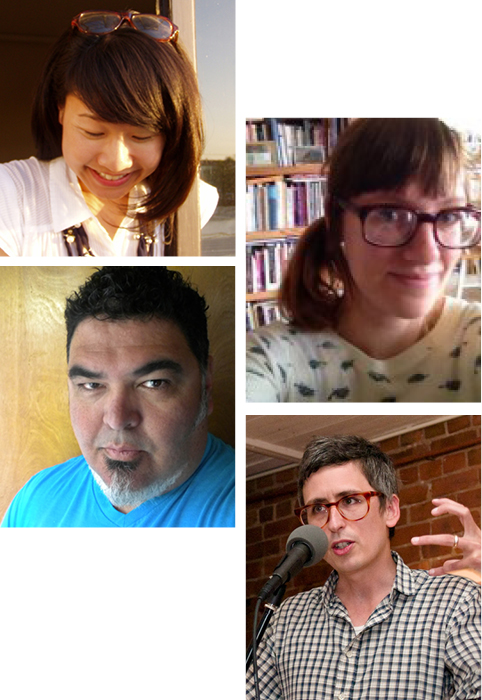 Current and past RE@DS programmers read from their own work.

Jaime Cortez’s humor-based short stories often focus on the experience of those on the social, legal, and economic fringes.

Sara Larsen is a poet living in Oakland. Her most recent books are The Hallucinated; A,a,a,a,a; Merry Hell; and all revolutions will be fabulous.

Serena Le is a writer, musician, and Ph.D. candidate in English at UC Berkeley. She studies sound theory and modernist poetics, freelances as a violinist and instrumental band coach, and is working on a memoir project in fragmental prose.

Julien Poirier lives in his hometown of Berkeley with his wife and two daughters. He has taught poetry in the New York City public schools and at San Quentin State Prison and was a founding member of the Ugly Duckling Presse Collective, where he published Living! Go and Dream, a novel in the form of a newspaper, and El Golpe Chileño, a book of poems, comics and memories.

Followed by
7:30  L@TE: Luciano Chessa and his Intonarumori